The Best Resume Action Words to Make You Stand Out [Examples]

The Best Resume Action Words to Make You Stand Out [Examples] 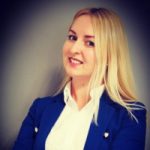 “Mind your speech a little lest you should mar your fortunes.” — William Shakespeare.

I couldn’t have put it better myself! Words have the power to change minds, start wars, heal even the deepest of wounds. And in this case, get you a job 😄

Not everyone is destined to be a poet, but that doesn’t mean you can’t put some effort into making your resume as coherent and captivating as possible.

You might remember your high school creative writing teacher nagging at everyone for using duller than dull words like “nice” and “fine” — and guess what?

She was right! Nobody wants to read anything written like that. I am yawning just thinking about it.

Add to that the fact that recruiters spend an average of 6 (!!!) seconds per resume, and you can see why using original vocabulary can make or break your candidacy.

If you have no idea where to start with your resume, have no fear! Check out my in-depth guide available here and then come right back to find out how to really polish things till they shine.

If you already have a resume and want to find out how to use specific words to make your case that much more compelling, let’s get started!

How many times can a hiring manager read “Led a project” during the course of one afternoon?

My guess is, a whole lot more than anyone should ever have to. Going through resumes is hard, often dull work — after all, the recruiter is forced to spend hours sifting through stacks of near-identical resumes of similarly qualified candidates, all of whom are applying for the exact same position. I just yawned again in spite of myself.

As the old adage goes, “the definition of insanity is doing the same thing over and over, and expecting a different result”.

I can only imagine how close to stark raving mad a recruiter can be after reading hundreds of the exact same lines over and over. Not to mention that doing the exact same thing as everyone else has never been a good way to stand out.

So let’s have mercy on all of the hiring managers and recruiters out there, shall we? Let’s give them something a bit more engrossing to read, and get you a job in the process. Win-win.

So, without further ado, here are a few lists of effective action verbs you can use in the place of the same tired old ones everyone else is using.

Instead of “created”, try:

Instead of “saved”, try:

Instead of “worked on”, try:

Instead of “increased”, try:

Instead of “improved”, try:

Instead of “managed”, try:

Instead of “supported”, try:

Instead of “researched”, try:

Instead of “checked”, try:

Instead of “achieved”, try:

Your resume is sounding better already, isn’t it?

Tips to make your resume action verbs even stronger

Resume adjectives: should you use them?

The short, yet to many, surprising answer is:

Anybody can go on about how excellent, meticulous, thoughtful, unique, genuine, honest, competent and dedicated they are. Just like John Wilkes Booth could have described himself as a somewhat disgruntled yet passionate lover of the performing arts.

But words are supposed to mean things, and on a resume, unless they are backed up with examples, they don’t.

That’s why I am going to come right out and say it:

Instead of simply describing yourself as:

You get the picture.

Words to avoid on your resume

I’ve already provided you with lists of synonyms for different overused resume words. These next few, however, are special. And I don’t mean that in a good way, I mean it in a “Imma rip my hair out if I read this one more time” kind of way.

Yes, exhausted recruiters everywhere think you should omit the following words when writing your resume, as they have been done to death and are just about as exciting as watching paint dry. These include:

Don’t you just feel more eloquent already? Now go on, polish up that resume and rescue a recruiter from insanity today!

I will be very pleased if you rate it 5 stars

Joanna has 8 years of experience in the recruitment industry, and currently works as the Chief Strategist for Sourcing in the EMEA area at HAYS. Microsoft, Rolls Royce Aerospace, Abbott, AB Inbev are several companies from the...portfolio of clients with whom it has cooperated, and its tasks include defining strategies for obtaining candidates in Europe, independent management of recruitment tools, monitoring the rate of return on investment, implementing initiatives from the area of Employer Branding into processes recruitment and data analysis. Sharing knowledge and discussions about working with candidates is her passion, which is why she eagerly creates new training programs, conducts postgraduate classes, organizes workshops with students of Krakow universities, employees of her company and free students from various social organizations. Passionate about computer games and socioeconomic issues.